Please do not leave the required fields empty
CALL US ANYTIME AT 480-464-0202  EMAIL US support@compushooter.com  FREE IT CONSULTATION

We’ve seen 3D phones before, we’ve seen bendy phones before, but this is the first time the two technologies have come together in the world’s first holographic flexible smartphone., and the results are pretty dang cool.

The phone has been dubbed HoloFlex. It’s a research project from the Human Media Lab at Queen’s University in Canada. Its screen shows 3D images and videos but doesn’t require the viewer to wear 3D glasses, or stand in the ‘sweet spot’ either—the images will appear to have just as much depth if you’re at an angle to the phone. That’s pretty rare in the world of 3D.

So how does it work? Images are rendered into 12-pixel wide circular blocks (these allow the image to have depth when seen from any angle) that project through a 3D-printed flexible micro lens array made of over 16,000 fisheye lenses. 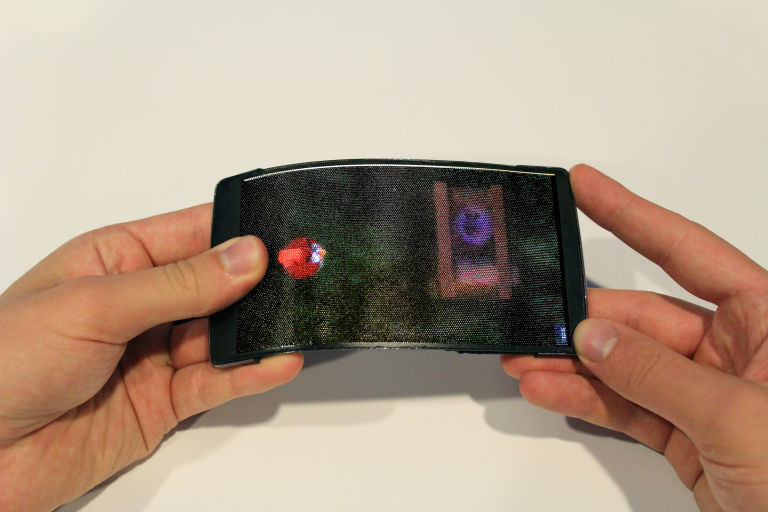 Like the ReFlex phone—HoloFlex’s predecessor from the same research team—it also has a bend sensor which lets you bend the handset to move objects along the z-axis.

In other words, you can swipe to move things on-screen as normal, and then bend the phone to bring objects out of the screen. Sadly the phone is purely in the research stages at the moment. But maybe the technology will find its way into consumer someday.

Click the button below to get your Free IT Consultation

1. How is your company different from all the other tech consultants?
2. My budget is only ______. What we can do to make a difference in my business?
3. Do you answer phones live?